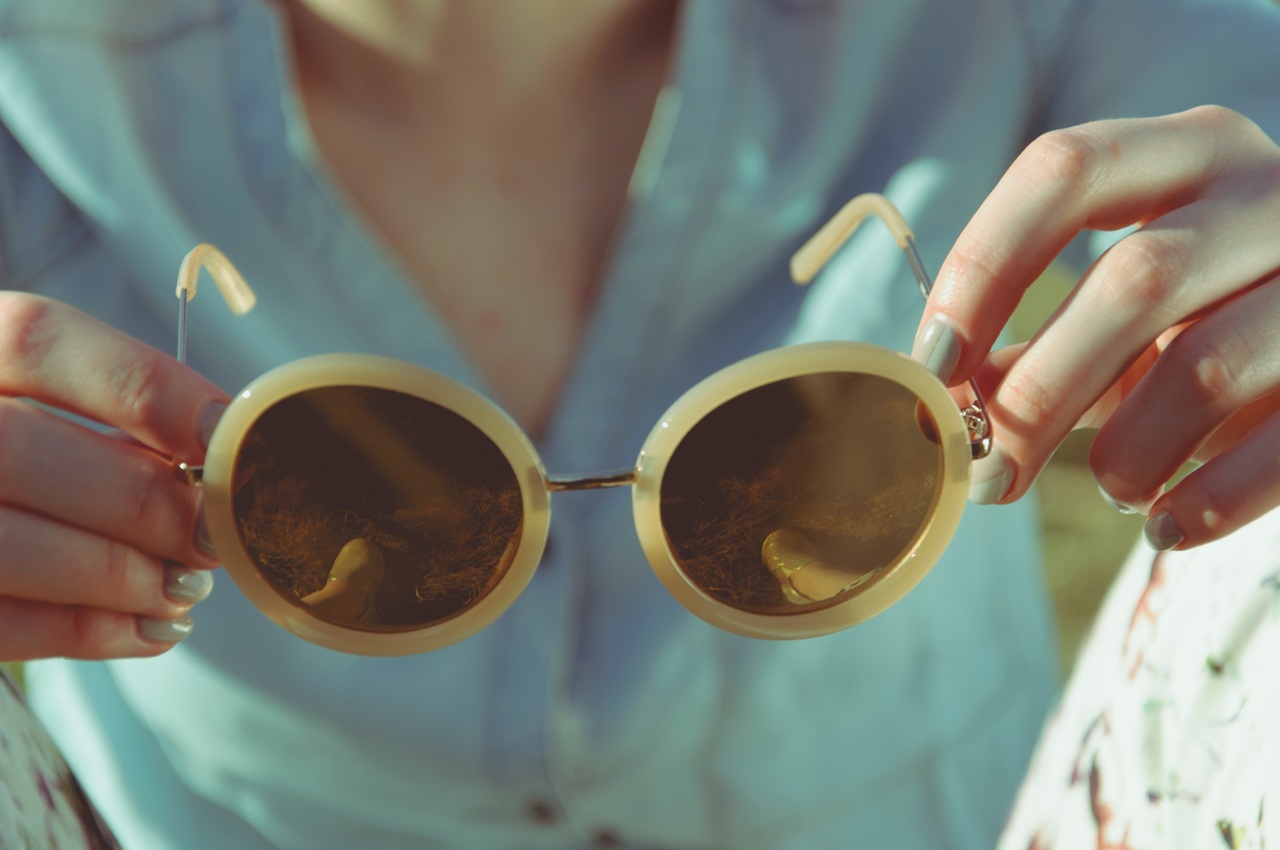 The Allegory of the Optometrist 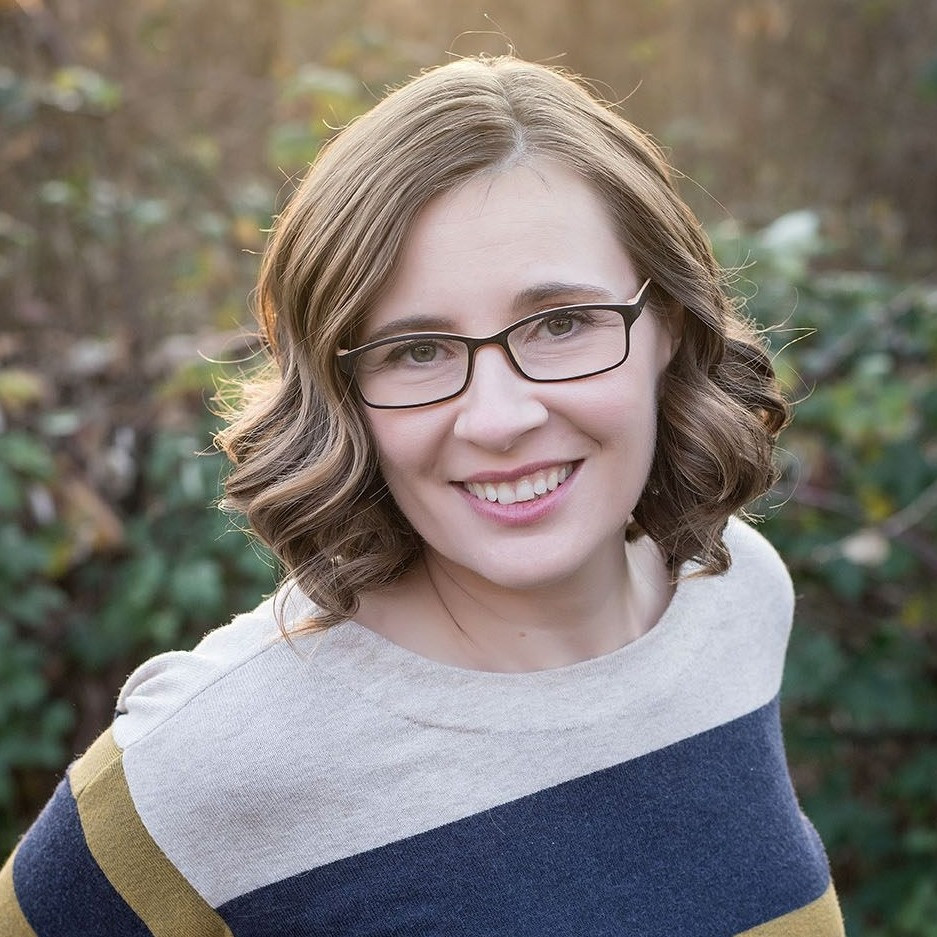 So it is with worldviews: when you are questioned about some or all of your worldview, and you have (as it were) to take it off and look at it in order to see what’s going on, you may not be able to examine it very closely because it is itself the thing through which you normally examine everything else. The resulting sense of disorientation can be distressing. It can lead to radical change. It shakes the very foundation of persons and societies. Sometimes, it seems, it can turn persecutors into apostles.

There once was a young girl that was having trouble in school reading. Her loving parents spent time working with her after school but it quickly became apparent that she wasn’t struggling with phonics, she couldn’t see the book clearly. Wisely, her parents recognized she needed glasses. There was a problem. The family lived in a very remote town. The parents discussed the matter long into the night and finally decided that the mother would give her daughter her own pair of glasses. Both parents were farsighted. They reasoned that because their daughter couldn’t read the books in front of her well she too must have the same condition. They also reasoned that in time, when they had the money they would travel the long distance to the doctor and make sure she had a pair of glasses of her own.

When the girl put on the glasses for the first time they were ill-fitting. Her mother’s face was larger than hers. The frames seemed to engulf her face. The nose pads had to be bent in considerably, but they didn’t stop the adult-sized frames from sliding down her nose occasionally. The temples (the part that goes behind the ear), poked through her hair and felt awkward, but the lenses did make the words on the page clearer. She questioned why she just couldn’t get her own glasses, and her parent’s said that in time she could, but for now, this was the best choice.

As time passed the girl grew and within a short time she was accustomed to her glasses. It helped that many of her friends at school also had glasses. When questioning her father about his own prescription glasses once he told her that every member of his family for four generations had needed glasses to read. It seemed that glasses were a defining characteristic of her heritage. Within a few years, the frames actually started to feel like a part of the girl and she told her parents she didn’t need her own glasses after all. Pleased with their problem-solving skills and the money saved, the family dropped the issue of visiting an optometrist.

Finally, the day came that the girl would go to college. She had been accepted to an out of state university and would be far from home in a much bigger city. She was apprehensive and excited in equal measures. Almost immediately after beginning her coursework she noticed she was having trouble reading the blackboard. This had never been a problem in high school. She was confused by the shift. She also felt tired more and using her laptop for long stretches would give her a headache. She chalked all of these symptoms up to the shift to college life and hoped that in time they would work themselves out as she adjusted.

One morning while getting ready for the day she off-handly mentioned to her roommate in their shared bathroom how she had to squint to see the blackboard. With an equally casual demeanor, her friend suggested she check her prescription and then began to clean her own contacts. The girl had forgotten all about seeing an eye doctor. Her hand-me-down glasses had worked so well for so long that she didn’t even consider they might need an update. When she was a child she complained about them because they were built for an adult. Now that she was also an adult it was logical she wouldn’t need new glasses.

The idea rolled around in her mind for weeks. During this time she did notice how the nose pads and bridge had to constantly be adjusted so they wouldn’t pinch. She started seeing scratches on the lenses she had long ago learned to see past. Finally, she made an appointment with an optometrist just a few short miles from her dorm. She reasoned that she would go to the appointment, find out her prescription was correct and get some pointers on how to adjust the frames to fit more comfortably.

Her appointment went smoothly. The doctor expertly guided her through the charts and diagnosed she was not farsighted after all, but instead, she had astigmatism. This was why when she squinted she could sometimes pull the blackboard into sharp focus and by doing so, she was straining her eyes, causing the headaches and fatigue.

The doctor explained that astigmatism is very common and often hereditary. He then escorted her to the lobby and suggested she pick out a pair of frames she liked, then informed her that she could have her new glasses in about a week. Stunned, she listened to the doctor’s assistant as she suggested frames. Eventually, she picked a frame that was quite different than the one she had inherited. It fit her face comfortably and complimented her features. Looking in the mirror she was surprised at her own new reflection.

A week passed and she returned to the office to pick up her new glasses. When she slipped them on everything was crystal clear. She began to cry.  This brought up a host of emotions. There was gratitude and excitement mixed with anger and regret. She was surprised that something as simple as a pair of eyeglasses could fill her with so many conflicting feelings.

She wiped her tears and took the new pair off, placing them on the table in front of her next to the old hand-me-down glasses. On one side was her past perspective of the world and in some ways, her identity. On the other, a new way of looking at everything, but also a break in her connection to her family.

I’m going to end my story here because I want to talk about the crossroad we call a faith crisis in relation to this allegory.

Each of us has our own perspective. We can’t take off our point of view, hand it to another like a pair of glasses, and have them see the world through our eyes. While some prescriptions are similar, glasses and testimonies are personal.  Visiting the optometrist could be compared to searching within our own soul. Partnered with our Savior who has an eternal perspective we can find a combination of lenses that will allow each of us to see more clearly.

We can’t forget to return for check-ups. The prescription that once opened up a new world will fade as time and biology press forward. We will always need the loving direction of our Savior. And he is always ready to help.

There is a risk in visiting the eye doctor; sometimes it will make us see things we don’t want to. The world is the same no matter what perspective we wear so it’s up to us to decide what we are going to do with the view. Are we going to blame well-meaning parents for their good intentions and limited execution? Are we going to put back on old glasses and struggle with the side-effects? Are we going to throw out both pairs and claim that the correct way to see is only with the naked, flawed eye? Or can we choose to move forward accepting the past and guiding our own course in a compassionate way?

Just like the girl in the story I have astigmatism. (Mine is literal and figurative.)  The greatest help as I have seen my perspectives shift has been a spouse who supports, parents who listen, church leaders who have given me space to hold my own opinions, and callings that allow me to serve. I believe I am welcome in my ward and church community; and I even have good friends (despite my obvious character defects). I have been lucky because I know many are lacking this important safety net.

May I make a suggestion? If you are struggling, find allies. This means saying out loud in your ward “I’m struggling with ________”. Some people are going to try to fix you. They are well-meaning when they merely tell you to read your scriptures more or pray harder, but they are not who you are looking for. You are looking for those that are nodding along with you when you list your struggles. They are the listeners. They “mourn with those who mourn” and understand your struggle because chances are it’s their struggle too.

If you see someone struggling, speak up. Remind them they are safe with you. Ask how they see the world and don’t look for faults. Remember their perspective can be different than yours. It’s possible for us to think differently and still be unified in Christ who is the one that is qualified to help us change our prescriptions. Most of all, both those hurting and helping need to practice charity for one another. This, I believe, will lead us to foster the unity we need to build Zion.

“Therefore, verily, thus saith the Lord, let Zion rejoice, for this is Zion—the pure in heart 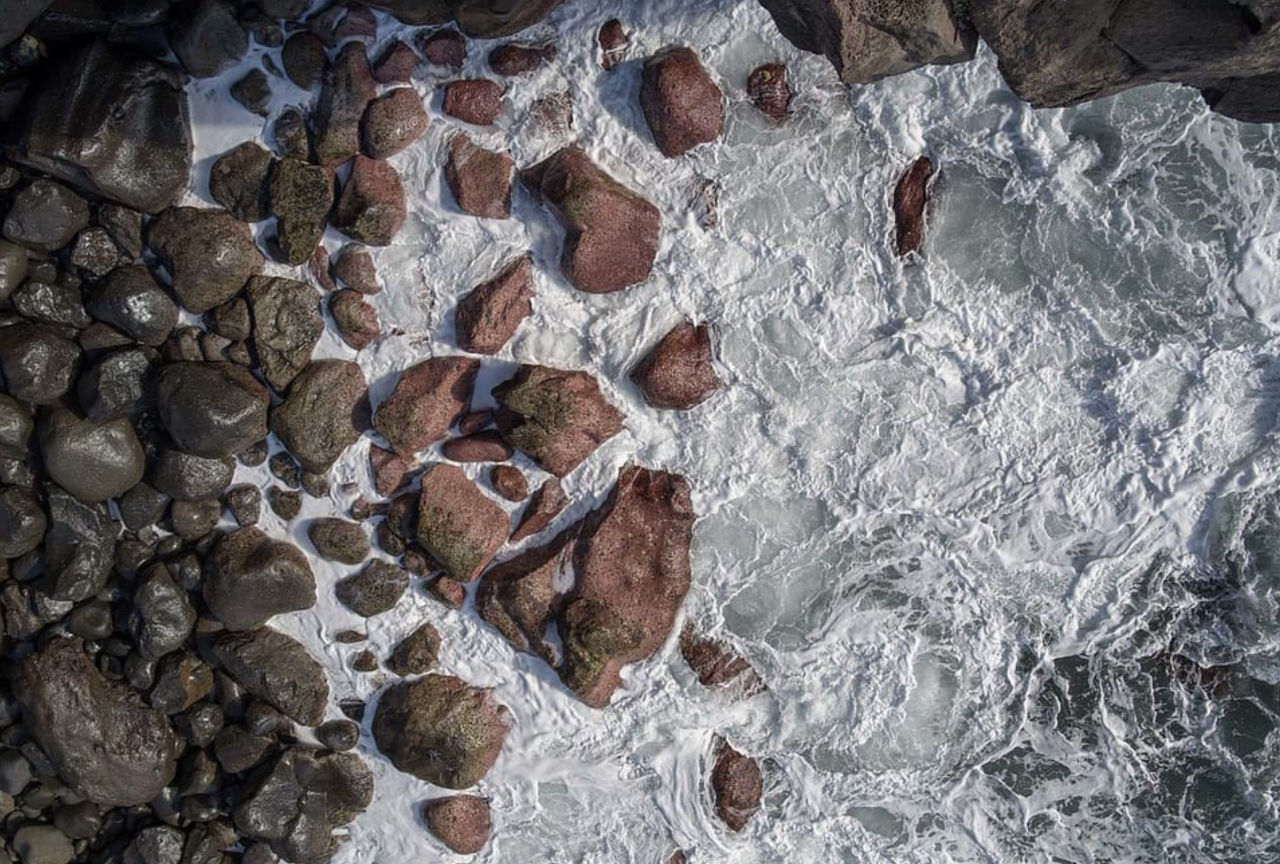 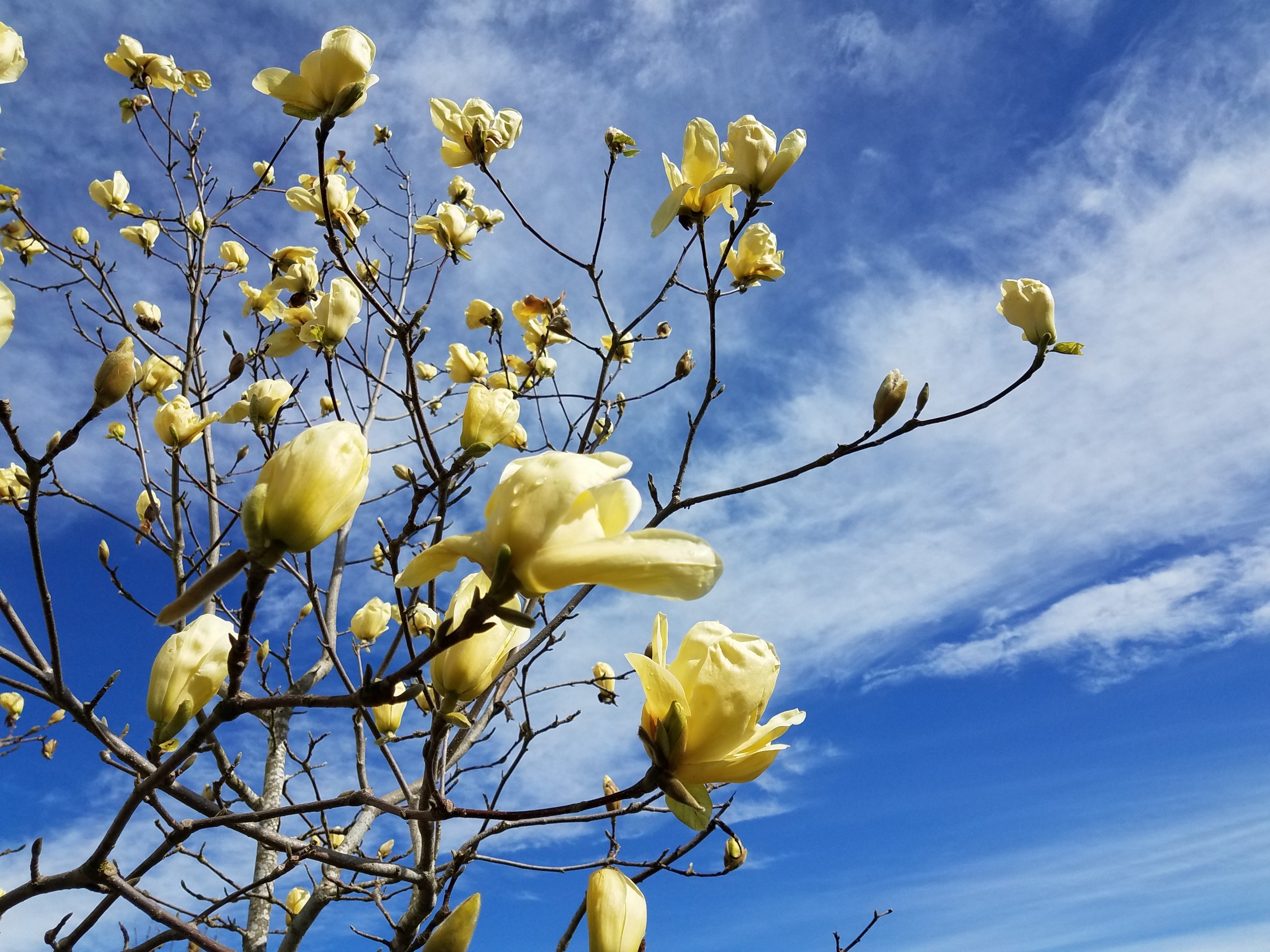 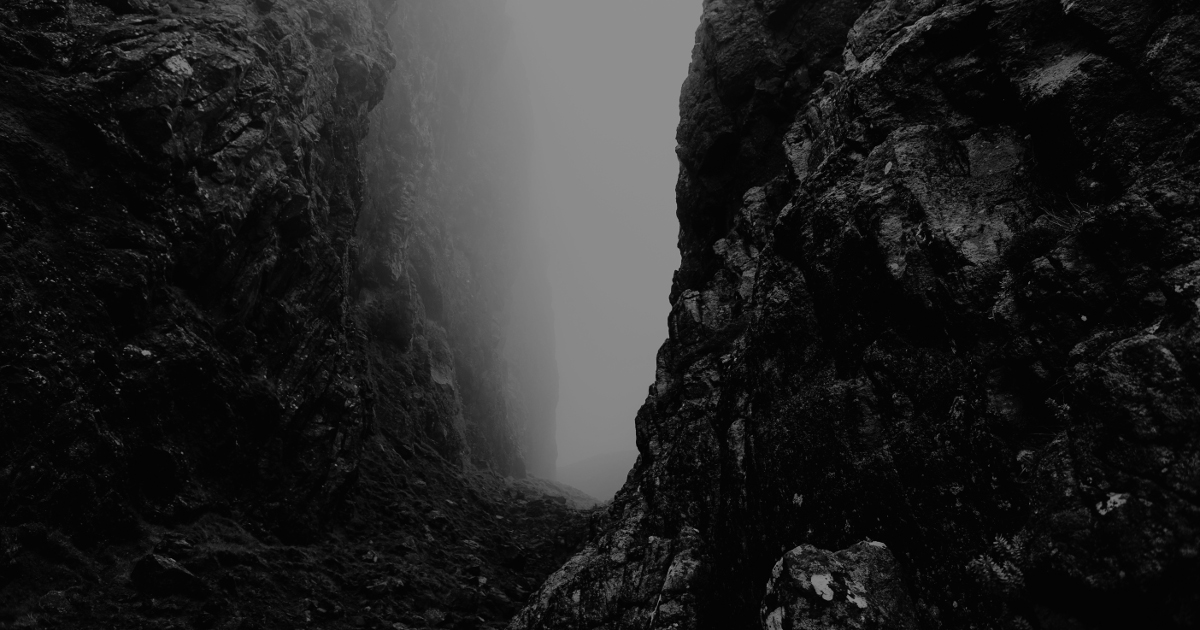 The Hope and Horror of Lehi's Dream

I like Lehi’s dream. It’s an allegory of the journey of the soul as it searches for a way to the Tree of Li...